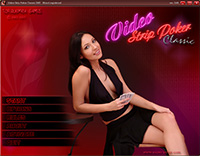 It was a game changer in adult games entertainment. It focused on features that were difficult to implement or completely ignored before.

The history of strip poker

Sex games for a party: rules of strip poker 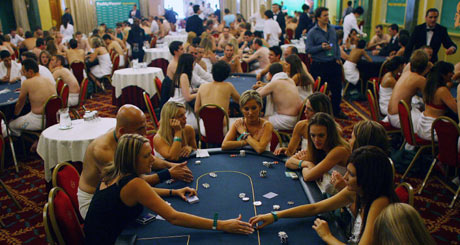 The biggest and best-known tournaments are listed below. The valuable prizes and large number of sponsors have proved strip poker to be a very profitable investment among other adult games.

The first ever strip poker tournament took place on May 12, 2010 in the Blauer Salon of the Dresden Park Hotel in Germany. There were 33 men and 7 women participating in this adult game. Each player was given a stack of chips and every time they lost they had to take off a clothing item in order to receive more chips. Extra chips could be earned if the stripping was entertaining. The 12 best players advanced to the Strip Poker Championship Final in Hamburg. The winner of the final xxx game received a free trip to Las Vegas, including 4 nights at the MGM Grand Hotel, a stretch limo and a helicopter ride over Sin City. We can only what adult games he played there. What happens in Vegas stays in Vegas...

The Reeperbahn in Hamburg, Germany is the centre of the city's adult games and entertainment district and was home to the strip poker tournament that took place in 2011 and was broadcasted on TV.